Mykolaiv is the administrative centre of the Mykolaiv Oblast and it is located almost 500 km to the south of the capital of Ukraine. Mykolaiv has an area of 260 km2 and is the home to 500,000 people.

The proposed project concerns three different sub-projects at three different locations in the city of Mykolaiv. Two of the locations (sub-project 1NW and 1SE) are in close vicinity of each other and include disconnection of two districts from the system supplied from the CHP plant, thus taking almost 3 km of DN500 pipe in bad condition out of operation. Instead, one of the two districts will be connected to a district heating system supplied from a boiler house owned by the municipal district heating company and the other will be supplied from a new biomass boiler. The third sub-project (sub-project 4) implies taking a local boiler house located in the basement of a residential building out of operation and connecting the district to the system supplied by the CHP.

The projects proposed by the company are interesting from a demonstration point of view:

In general, the proposed project will decrease the use of natural gas. By introducing the IHSs, systems are also converted towards more sustainable demand driven systems which enable for future energy efficiency measures on customer level. 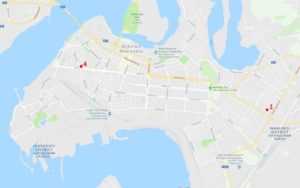 Figure 1: Map of Mykolaiv with indication of the Project area

Specifics of the Mykolaiv sub-project 1SE include:

Specifics of the Mykolaiv sub-project 1NW include:

Specifics of the Mykolaiv sub-project 4 include:

The proposed investment is EUR 960,000 with a simple pay-back time of 5.4 years. The proposed financing plan is as follows:

*Baseline is estimated for the networks in question only (not the entirety of the district heating in Mykolaiv) for the case of no-project activity.

The project is currently in the implementation stage. Please check our procurement page for the announcement of project procurements.